People often ask me about the applications I use for software development, so I’ve decided to create a list of my favorite Mac OSX applications. Many of these apps are development tools but others help me outside of software development. This list is specifically for MAC OSX, but most of them are cross-platform and can be used on Windows, Linux, iOS and Android. The list is in no particular order, and I want to note that none of these companies have asked for my endorsement, but I might have affiliate links which are marked with a 👍🏼 however, those links mean nothing in my support for or against them. I’m just trying to offset the costs of hosting this site.

If you have a favorite app (especially development and productivity tools), I’d love it if you’d share those with me. I’ll even credit you on the recommend if I use it in my workflow. 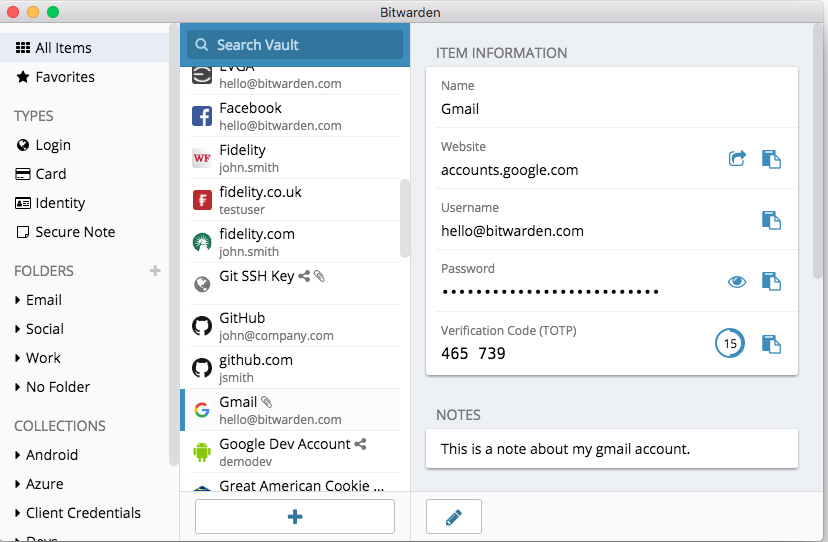 Bitwarden:
Is an open-source password manager. I have been a long-time user of LastPass but gave Bitwarden a try, and I don’t see myself going back to LastPass anytime soon. Bitwarden might not be as polished or feature-rich, but I find it less buggy and does everything I need in a Password manager. I use the free version and have no reason to upgrade. 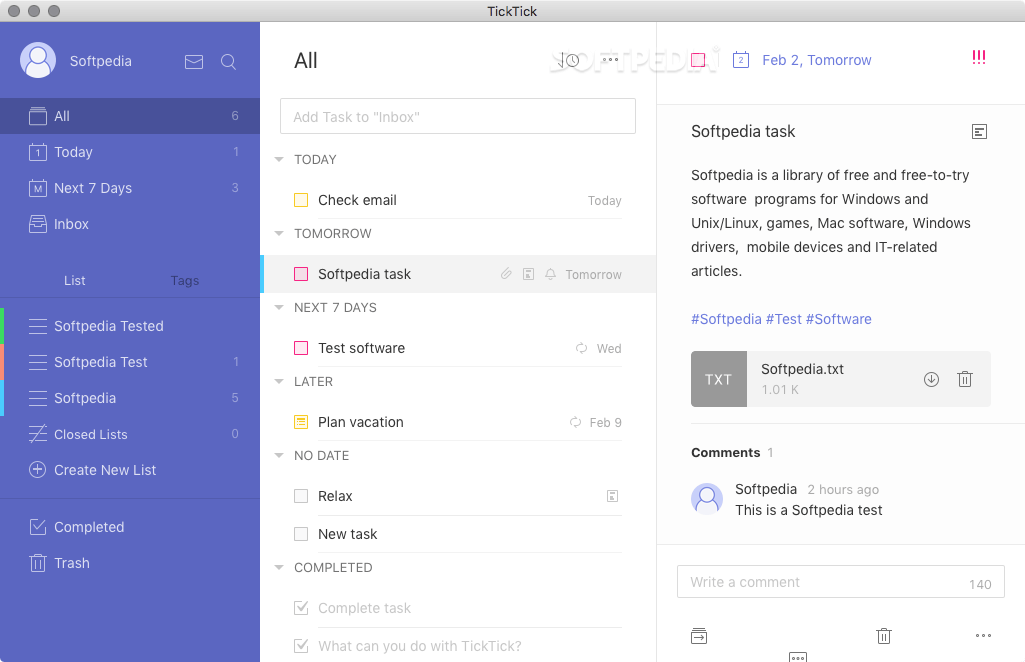 👍🏼 TickTick:
Is a todo list application. I’ve tried many of them including Todoist and Things but TickTick is everything I want in a todo-list (or Get Things Done) application. It’s like a better, prettier Wunderlist (the favorite todo list app of many for years, but was acquired by Microsoft). I upgraded to the Pro plan which is about $30 a year, and that gives you more features like Calendar view. It has a beautify UI and I prefer the right side layout (similar to Wunderlist) compared to Todoists pop-up modal. It also allows for subtasks, commenting and much more; but not too many features where things feel cluttered. 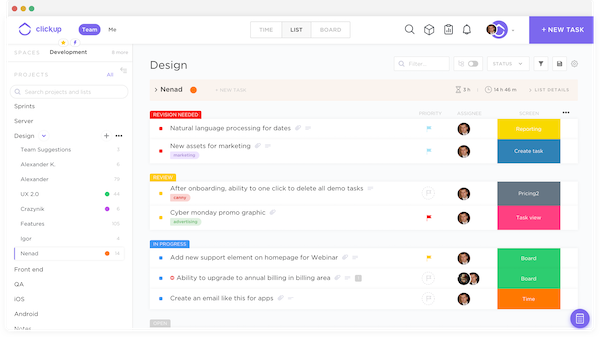 Clickup:
This is the project management software that we use at my development job but I also use it for personal projects. This app has just about everything you can imagine in project management software. They deserve some sort of award, it’s simply awesome, and they have a free tier that will be suitable for most personal users and/or small teams. 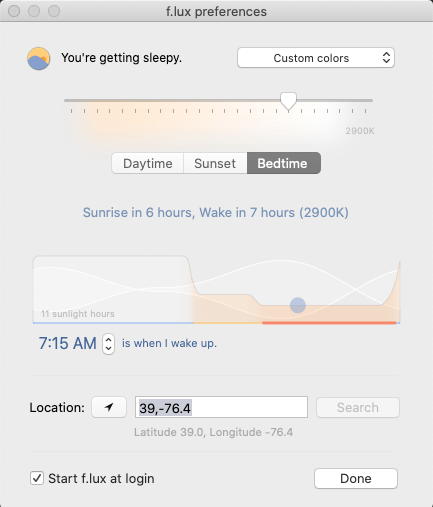 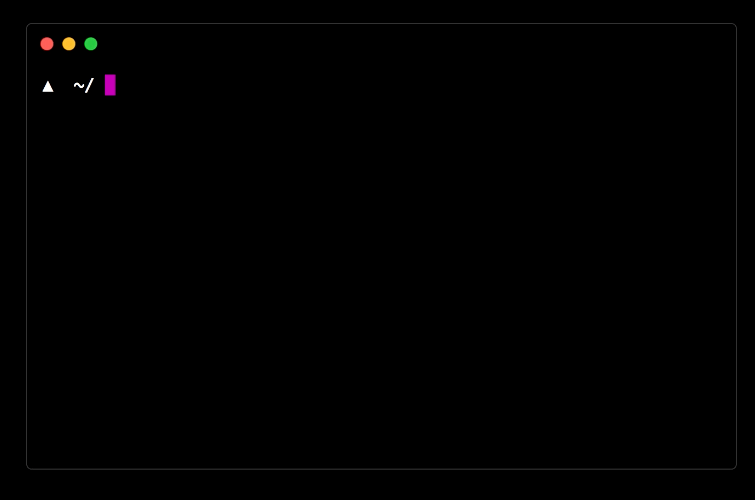 An alternative to iTerm2 is Hyper. Hyper is a Electron app, which means it will likely use more RAM and wont be as performant as Apple’s native Terminal app or iTerm2; Nevertheless, customizing the terminal is simple if you’re used to working with a JSON file. I haven’t put Hyper through much testing but I’ve been told that it’s a great option for beginner developers. 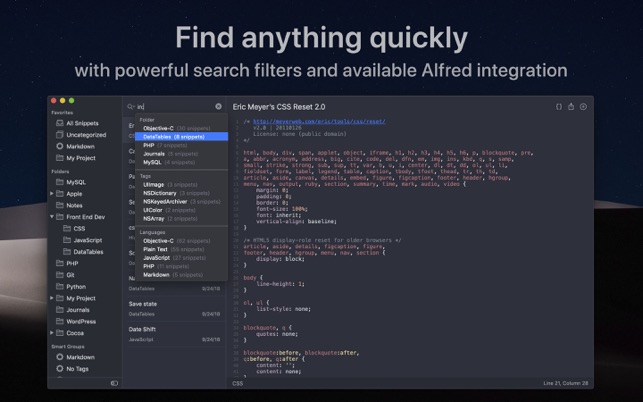 SnippetsLab:
This is a note-taking application for developers. As a developer, you find yourself re-using code snippets, and this app does just that with a tagging system and a beautiful UI. You can also connect to iCloud or Dropbox to sync between computers. This is a paid app, but I also recommend Boostnote as a free/opensource alternative. Brave:
There has been a lot of controversy about Google’s Chrome browser. Most recently the notion to remove functionality of extensions like ad-blockers and tracker-blockers. As a result, I started looking at other browsers and came across Brave, which is basically a re-packaged Chrome browser that is built on the open-source Chromium project. Brave was founded by Brendan Eich who is the creator of JavaScript and co-founder of the Mozilla project. Brave has taken a different approach to ads via a rewards system. You can also install any Chrome extensions natively. So it’s like a better performing, safer and more private Chrome.

I also use Opera Browser. Much like Brave, Opera is built on the Chromium project but it comes with many useful features like a side panel for apps like Twitter and Instagram, and with this extension you can install any of the Chrome store extensions. My only concern with Opera is that it was recently acquired by Chinese investors. However, it’s still a part of Norway, so I hope that they are abiding by Norwegian laws.

I can also recommend Firefox. I was an avid user of Firefox but was part of the group that switched to Chrome. Nevertheless, Firefox re-wrote its browser engine in Rust and its performance has improved greatly as a result. I also admire Firefox’s efforts to keep you safe on the web. 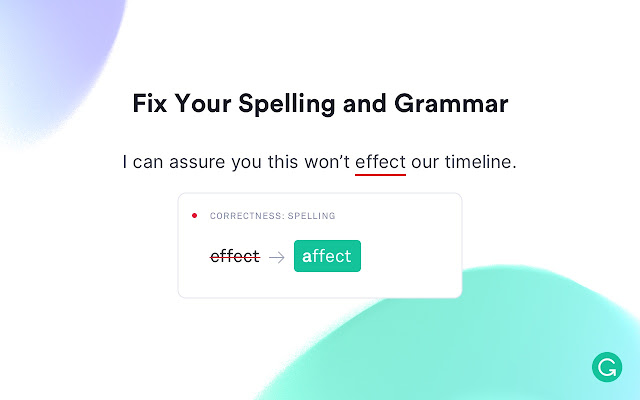 Grammarly:
This is a browser extension and desktop app that makes you a better writer. It not only spells checks your work anywhere on your computer but it also makes suggestions to your writing. I use the free tier but have considered updating to the paid plan just as thanks for how awesome it is. Honestly, everyone should install Grammarly on their computers and mobile devices. Your friends and colleagues will be grateful for proper spelling and punctuation. 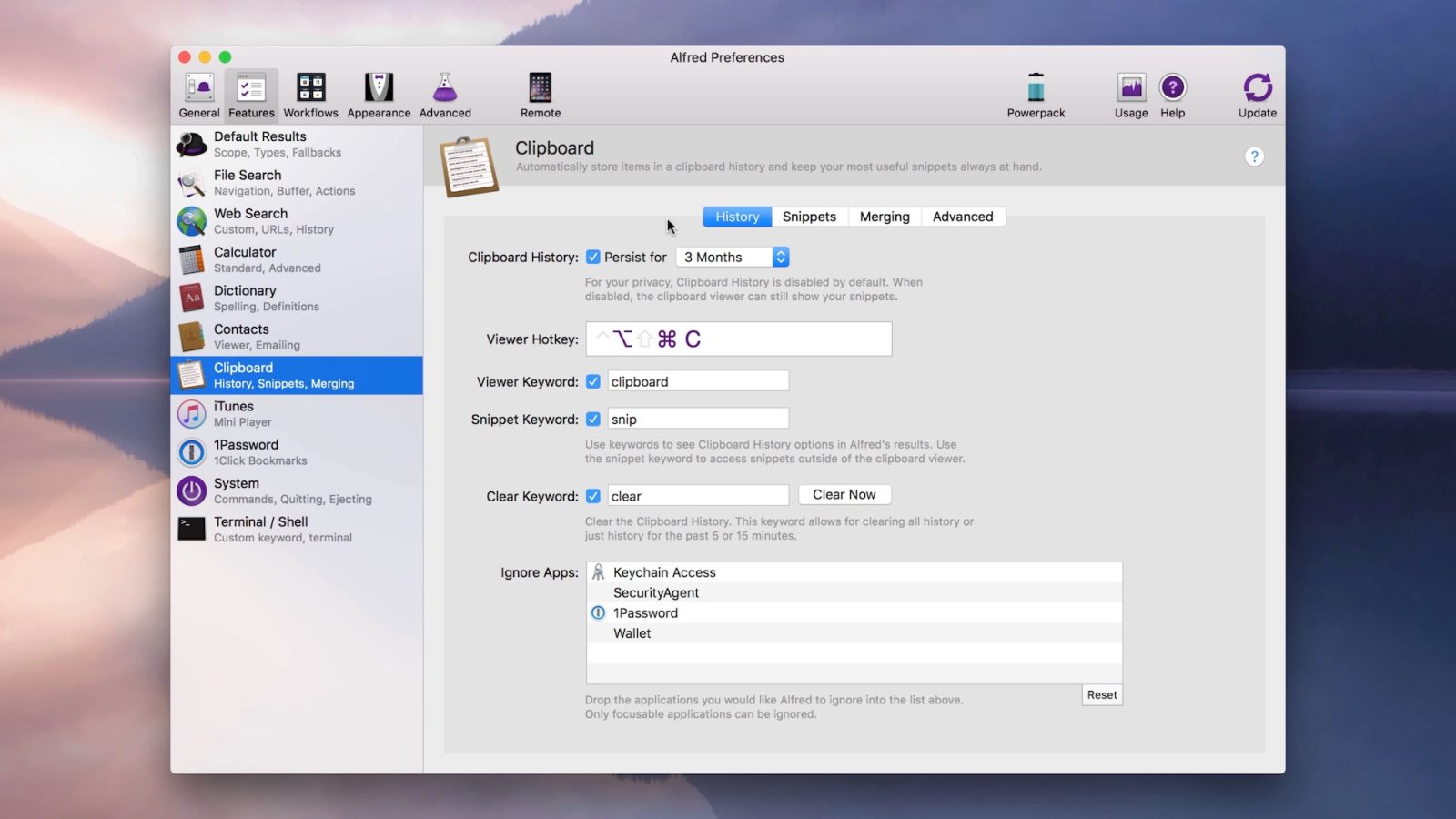 Alfred:
This is basically Spotlight on steroids. I purchased the “Powerpack” to unlock more features like Workflows which allows you to control many aspects of your mac from the search box. Alfred is a great tool that when set-up properly, can make your workflow much more powerful. If you decide to purchase the Powerpack I recommend you check out some pre-configured Workflows from a community site called Packal. All of those Workflows are free. 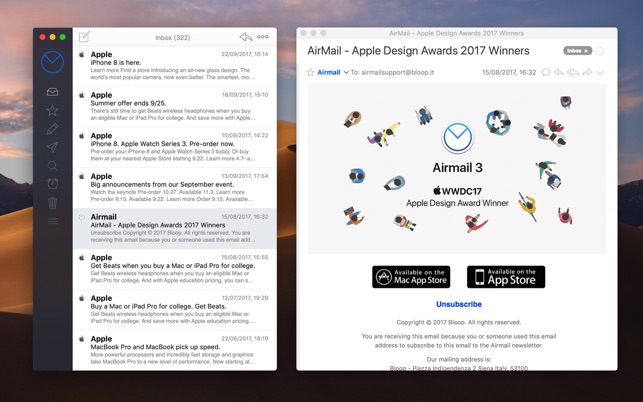 Airmail 4:
Was just released a few days before this updated. While I haven’t had a great deal of time to play around with it, it seems like it has some subtle but welcomed updates. Airmail 4 This is the successor to the award winning Airmail 3 app. Which is the most customizable mail application on OSX that I’ve been able to find. Apples’ mail app is OK but it lacks many awesome features that Airmail and it’s rivals have. With that being said, Airmail is not perfect, and their iOS app is not what I recommend for mobile, but the OSX app is one of the best that I’ve tried (I’ve tried many). As for runner-up apps I can recommend MailSpring (a little buggy, but free and Open Sourced) and Spark.

Webstorm & VSCode:
Specifically to web development and coding in general, I highly recommend VSCode as a text editor and Webstorm as an IDE.

I use both for different use-cases. For quick editing and small projects I like to use VSCode; It’s lightweight and has a plethora of extensions. For larger applications I use Webstorm. The IntelliSense and baked-in features can’t be beaten. It’s a resource-hog, but when building larger applications, I can’t imagine using anything other than a Jetbrain application. 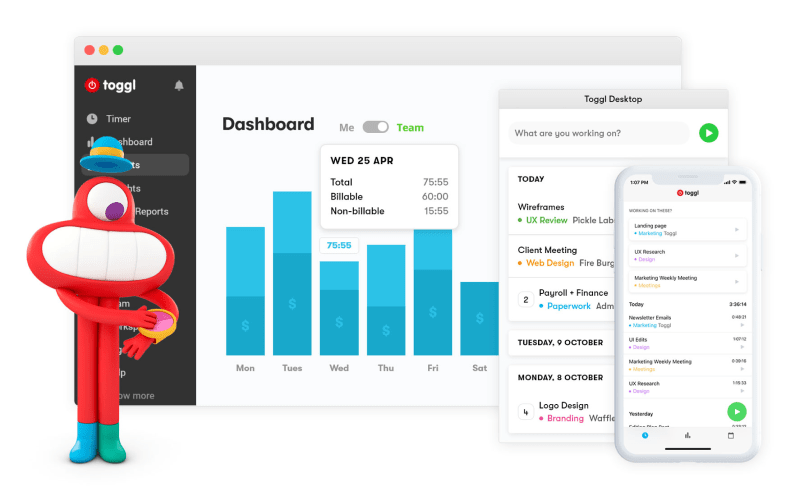 Toggl:
This is a time-tracking desktop and browser extension application. It does a few things other than tracking time (like reports, invoice creations, etc), but it does those things really well. 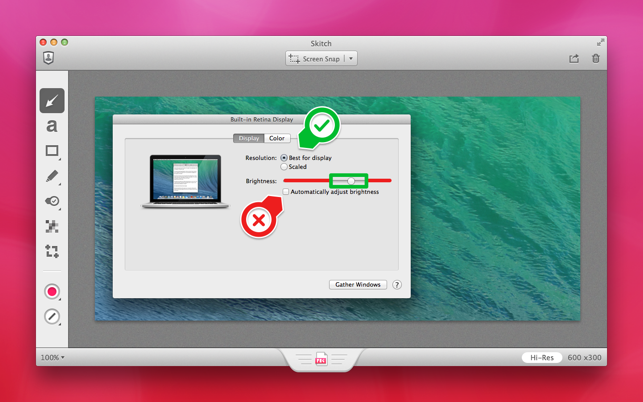 Skitch:
Is a desktop application that allows you to take screenshots to quickly and easily add markup to screenshots and images.

And there you have it. These are the apps that I have running nearly every time I boot-up one of my MACs. If you have any suggestions I encourage you to let me know in the comments.

Be sure to subscribe below as I plan on writing a post for browser extensions and many other things computer and code related.